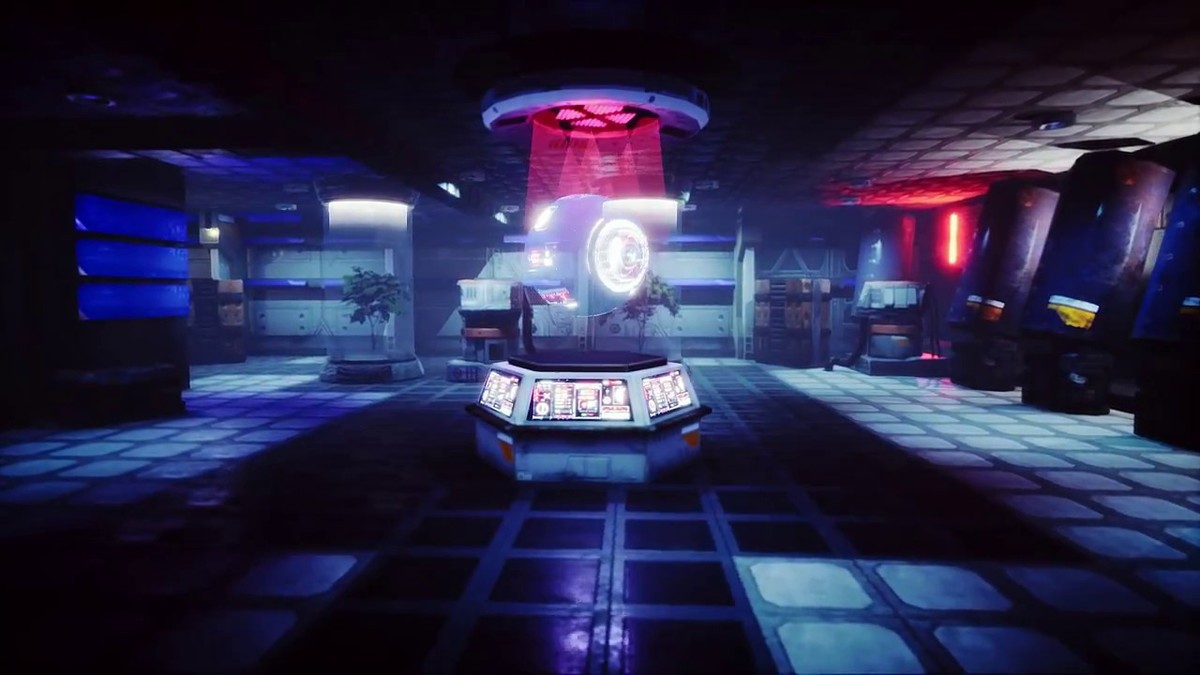 LAVR Tag creates an untethered VR experience that could be the next big thing for the Oculus Quest and VR.SEAN ENDICOTT19 Aug 2019

The Oculus Quest provides an untethered VR experience that, in many ways, can’t be delivered through any other headset. The lack of wires or external sensors and the fact that it doesn’t require a PC or phone to operate opens it up to liberating VR experiences. Games like SUPERHOT VR and Sports Scramble are incredible on the Quest thanks to the fact that you can run around without any worries of the wires that have historically encumbered VR gaming.

Now, MANUVR Entertainment is taking that to the next level with LAVR Tag, an arena-scale laser tag experience on the Oculus Quest that could be the next big thing if it delivers on its promise.

LAVR Tag combines the Oculus Quest with Azure Spatial Anchors and other technologies to map out entire arenas to create an augmented reality laser tag experience. Up to 100 players can play in one VR environment, and the system can create AI to battle against if there aren’t enough players to fill a game. The technology can also communicate with other arenas to have people battle each other from different locations.

I’ve spoken extensively with the makers of LAVR Tag about how it works, when it’s rolling out, and the potential for the technology. I’ve also seen the set up in action, and while I haven’t played in LAVR Tag personally, it’s rolling out in the near future for the public to try out, and I’m anxious to give it a go.

If LAVR Tag lines up with what I’ve seen, it will be an immersive and unique way to game.

LAVR Tag combines several technologies to deliver a VR laser tag experience, but one of the keys that separates it from just using an Oculus Quest is its integration with Azure Spatial Anchors. These anchors allow the makers of LAVR tag to map out and set up an arena that can remember where everything is in an environment, including obstacles, walls, and ramps. The system takes calibration and setting up from MANUVR Entertainment, but generally runs on its own following the initial set up. The goal of the system is to be set up once and then to remember the anchors without needing recalibration. The end result is an untethered VR laser tag experience that mixes virtual reality and actual reality.

The system can map out complex arenas with multiple stories, ramps, and stacks of obstacles, or it can map out an empty warehouse. If a space is relatively empty, the owners of an arena can choose to create different environments that appear inside users’ headsets without correlating to anything in reality. I suspect that we’ll see different venues try both approaches, but some users might have a hard time accepting that a wall is “in the way” if they can just walk through it. I haven’t played it yet, so I can’t say if the game would punish you for cheating or peeking through virtual obstacles.

Augmented reality is not unique to this setup, but the implementation and combination of scale and precision are unique to LAVR Tag. Derek Bolton, MANUVR’s co-founder, outlined how the technology is different than some other methods of augmented and virtual reality.

It’s not as simple as mapping a facility, putting it on the headset, getting a Quest, and having Azure’s anchors. The proprietary method does come from the device that Sean uses, as well as a few other things like postering and QR codes… So, it’s much different than having to set up 300 cameras.

The device that Bolton mentions is made by Sean Ong. Ong is a HoloLens and Mixed Reality Pro, a virtual reality developer, and the founder of Ong Innovations, which MANUVR is part of. Some might recognize Ong from his YouTube channel where he shows off tips for Surface devices and VR and AR technologies.

In what I’ve seen from LAVR Tag, the technologies combine well and create a sophisticated map that’s detailed and accurate. That’s important considering that users will run around inside these VR spaces and don’t want to hit anything by accident. If the end-user experience lines up with what I’ve seen, it will be an immersive and unique way to game.

VR laser tag isn’t a new concept. Companies like Zero Latency allow users to run around in VR and shoot each other. But LAVR Tag is the first VR experience that doesn’t require a PC-backpack. LAVR Tag uses the Oculus Quest headset and builds upon it with Azure Spatial Anchors and other technologies. The result is that users can run around without having to wear a backpack or having to deal with any wires.

Another way that LAVR Tag separates itself from other VR laser tag setups is that it can scale up to more players. Many VR laser tag experiences are limited to around six players. LAVR Tag can work with up to 100 players, though it’s up to the vendor to choose how many a setup can support. Additionally, LAVR Tag arenas can communicate with each other, so a player at one location can play with people in another location. If there aren’t enough players to fill a game, LAVR Tag’s technology can have AI step in to fill the gaps, so players don’t have to wait for more people to show up.

These features can vary depending on what specific venues choose to build, but the technology is versatile and can help more players have access to the experience. Because LAVR Tag is in virtual reality, it can also have customized items like special weapons and item packs. It blends bits from first-person shooters with VR to provide a unique experience.

One of the more impressive features of LAVR is that a vendor can place a variety of environments into an arena. The images throughout this article are real in-game images and show off a variety of environments, including a jungle, spaceship, and other areas. This can increase replayability and also gives vendors a chance to share a unique experience.

While LAVR Tag is the first project to launch with this technology, Bolton points out that this tech could be used in a variety of other ways and markets, including police training, FBI training, real estate, and industrial markets. VR and AR are surging at the moment in the eyes of the public, and more companies will look to integrate the technology into their workflow and experiences.

The Oculus Quest is a large reason for the uptick in interest in virtual reality. I suspect that experiences like LAVR will help increase the exposure of the Oculus Quest and also spark more developers to test what can be done with the headset.

The video I’ve seen of LAVR Tag in action is incredible. Watching it is one of those moments that feels like science fiction coming to life. It’s almost like a Holodeck from Star Trek. That’s somewhat true for any virtual reality setup, but seeing the view inside the headset and the view of reality line up in what appears to be exact precision is remarkable. The fact that the mapping appears clean even in motion is even more impressive.

The promise of LAVR Tag is enticing. The only question I have is if it will feel as good in person as it looks in videos and photos. Thankfully, I won’t have to wait long to see if that’s the case. LAVR Tag will be available to the general public starting in September, with exact locations revealed at a later date.

The Oculus Quest creates an immersive virtual reality that allows you to dive into games and media without any external sensors or wires. Its support of popular titles and its portability make it an ideal VR headset for use at home or on the go.