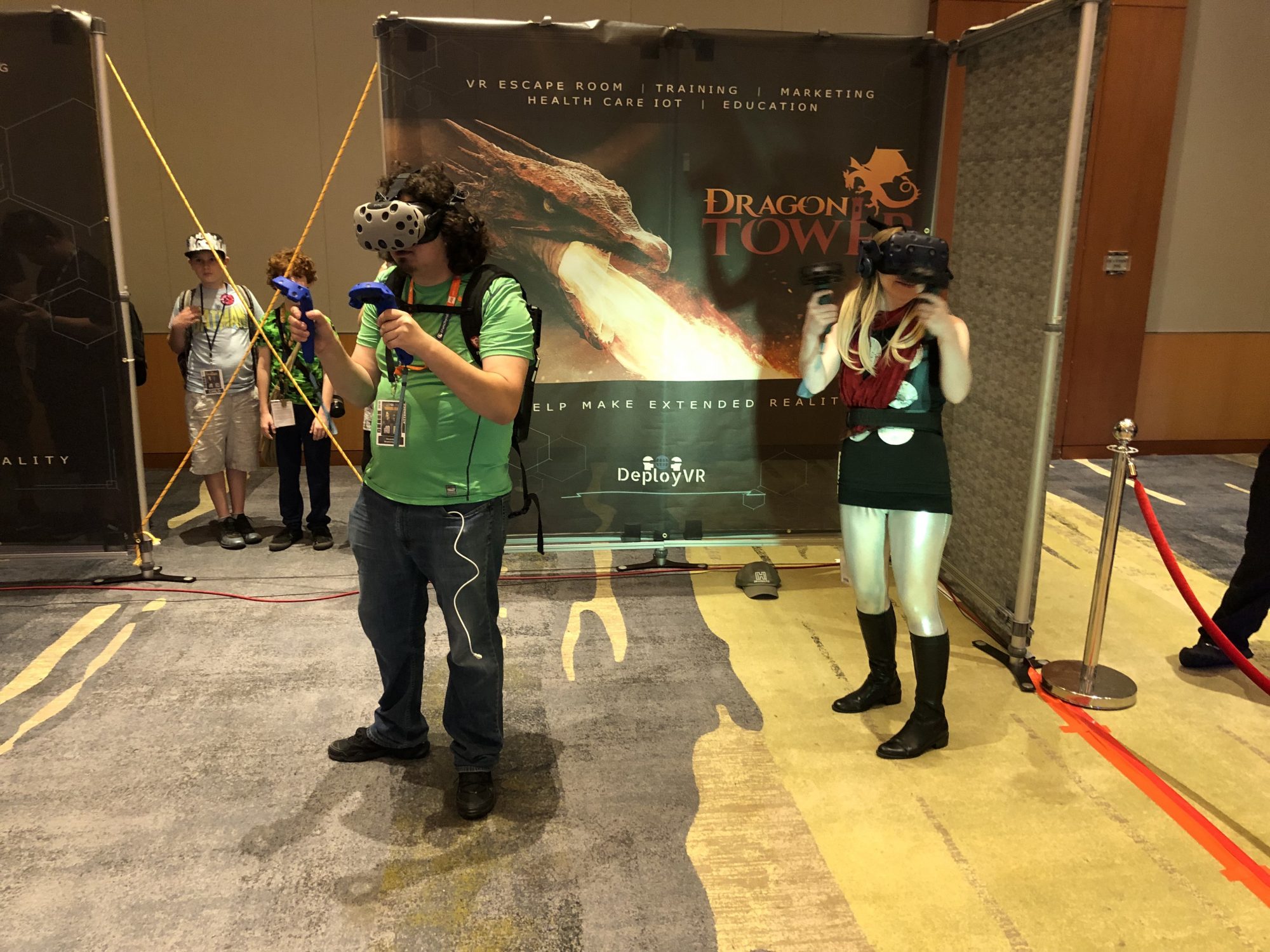 Our two booths, Dragon Tower, and VR Art Battle, showed how VR can be used in multiple ways to extend your reality, either through cooperating with a team or working in your own personal space to create and compete against others. 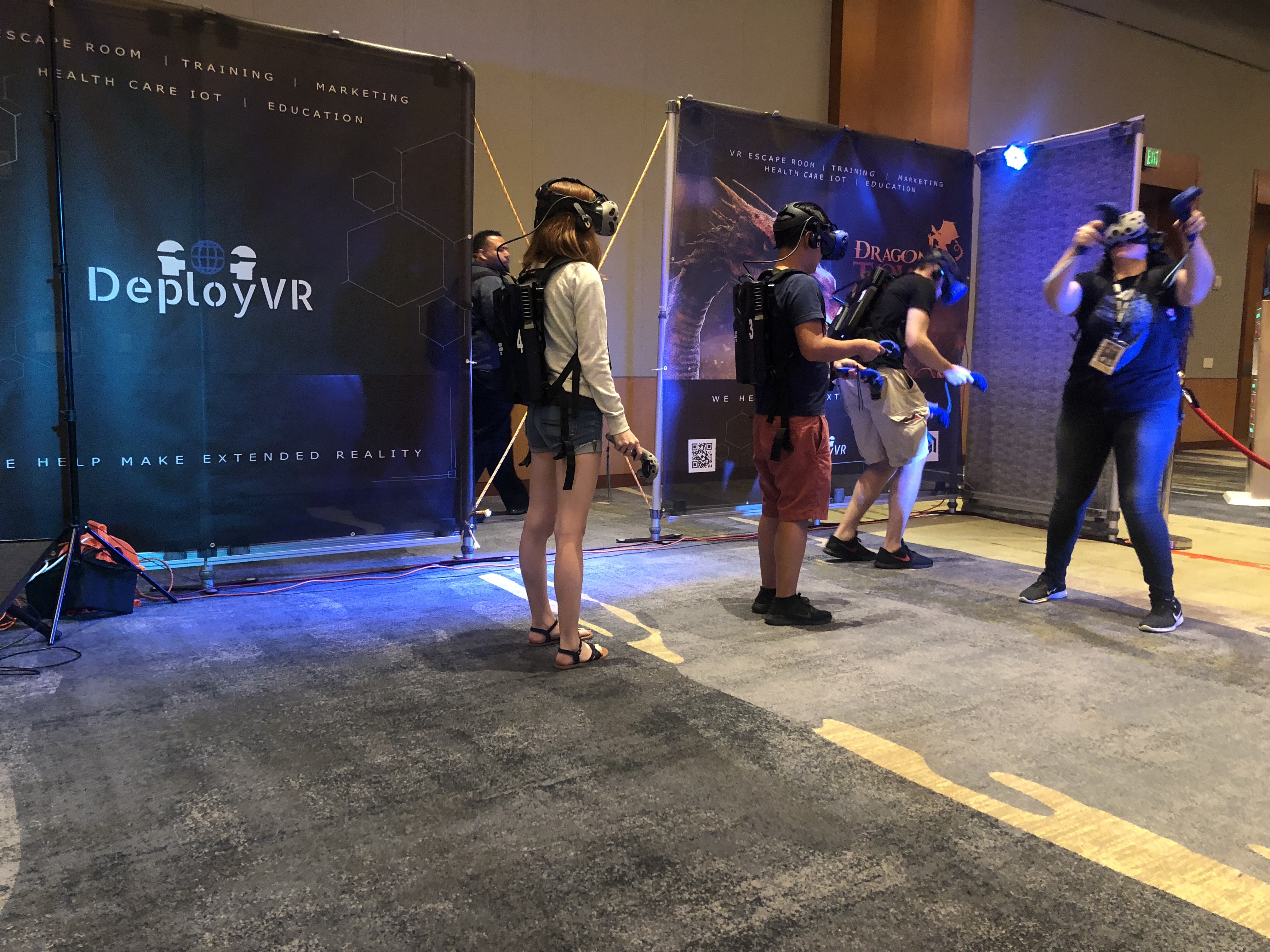 We also offered a glimpse into the world of AR by offering Comic-Con attendees business cards and free T-shirts that included 3D-animated graphics, which could be viewed via AR-enabled smartphone applications.

What’s Next for Deploy VR?

While these AR experiences are useful for marketing purposes, they are also valuable in creating extended reality (XR) experiences. XR is a term that combines the world of VR and AR together, and it’s something Deploy VR (soon to be renamed Deploy XR), intends to interact with more in the future.

On that note, we’d like to announce our intention to debut Deploy VR’s very first XR Art Show later this fall. The show will curate VR and AR submissions from artists from across the globe and allow attendees to view them with our own technology. We’ll discuss this more in the coming months.

We received great reviews and feedback from participants at Comic-Con 2019, many who were astounded by the technology we use to offer VR experiences. Others were interested in what else we could do with it. Below are our takeaways from the convention this year.

At our Dragon Tower booth, Comic-Con attendees worked together in groups between 2-4 people to load a ballista and slay two dragons. Many succeeded well under the 10 minutes we allowed for each game! We learned:

At our VR Art Battle booth, Comic-Con attendees used Google’s Tilt Brush art studio game to draw, paint, and play in a 3D-environment. Participants could even compete to win a T-shirt! Below are some lessons we learned from this unique experience:

Stay tuned to our blog and sign up for our emailing list to learn more about Deploy VR and our upcoming events, deals, and specials.