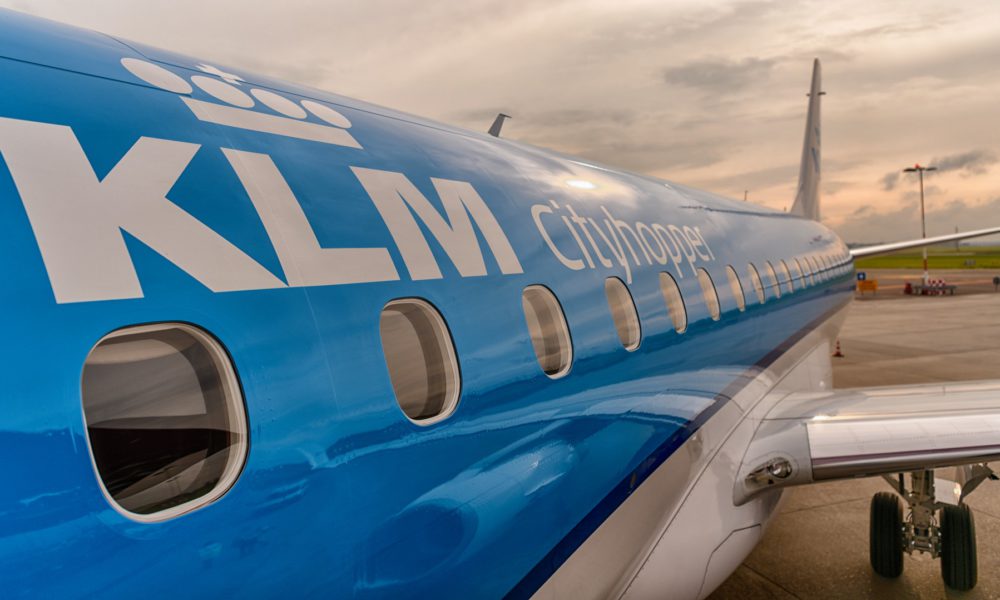 The pandemic has sped up airline testing of virtual reality, augmented reality, and other technologies to train workforces more cost-effectively. Expect a few travel companies to join KLM in having “extended reality” IT teams by 2025.— Sean O’Neill

Like many airlines, KLM had to cut spending because of the pandemic’s effect on travel. But the Dutch carrier has stood apart by preserving much of its spending on virtual reality (VR) and other emerging technologies that executives believe will help the business work smarter.

“Virtual reality has already permanently changed the way we train workers,” said Werner Soeteman, manager of the VR Centre Of Excellence at KLM IT. “In every environment that’s difficult to simulate or with every material that is expensive or risky to use, we expect to experiment with using VR instead.”

KLM Cityhopper used to do cockpit training with a paperboard mock-up, but it has now replaced that with virtual reality, which strives to improve pilot results by enabling more frequent practice. The airline developed the application between April and October of last year in response to the pandemic crunch on resources.

Some backstory: KLM created a team a few years ago to focus on emerging technologies.

Adopting virtual reality has required KLM to vault a few hurdles. Clunky hardware has checkmated virtual reality usage by companies for years. According to feedback KLM has gotten from its workers, people find headsets from Facebook, Sony, HTC, and others uncomfortable to wear after more than an hour.

KLM trialed virtual reality training for the ground crews that operate the jetway bridges that connect the airport to a plane for passenger boarding.

But despite some setbacks, KLM sees promise. Last month, the brand put together a highlight reel of the company’s experiments with extended reality.

The most straightforward example of augmented reality is a heads-up display on eyewear to help workers see critical information. At Beijing’s Daxing International Airport, China Eastern Airlines has outfitted some employees with headsets whose cameras scan loyalty program members’ faces for instant recognition. The devices then display relevant details on an eyeglass-like screen for the worker to provide more personalized service.

KLM has experimented with augmented reality, too, using Microsoft HoloLens.

The carrier is experimenting with training maintenance engineers. It’s testing on how to train engineers on the various components of an engine.

“Augmented reality makes the training easier and cheaper because you don’t need to to to dismantle an original motor engine,” Soeteman said.

Another technique KLM has used for worker trainings is panoramic photo and video. When the company first had workers training to use the Boeing 787 Dreamliner, KLM’s IT team created 360-degree wraparound imagery of the 787’s various models using tech from vendor Matterport.

The normal training is when a new aircraft type arrives at the airport. But KLM was able to do the training up front. That move saved it money by making it possible to get that new plane type into production faster.

The managers of the cleaning crews found they made zero mistakes when they first boarded and cleaned actual new plane, Soeteman said.

For now, KLM is the leader in virtual reality and extended experimentation in travel.

The investments have been costly, and the carrier is working on commercializing some of its applications to recoup costs. KLM is exploring how it could license its intellectual property. Other parts of Air France-KLM Group and some regional universities have expressed interest.

Today’s equipment doesn’t always live up to its promise.

Other companies stand to enjoy the broader tech trend, too.

Earlier this week, Facebook Reality Labs published a post on the future of augmented reality that covered broad trends. Skift has covered how the pandemic may revive the fortunes of virtual reality and 360-Degree travel content in a few niches. Last summer, Google acquired a smart glasses startup, North, showing ongoing interest in the category, as The Information noted.

Many companies are coming to grips with the potential for extended reality. Consumer applications take up most of the sales of virtual reality hardware and software today. But enterprise software is beginning to take more share in the market. Subscribers to Skift Research can read our Emerging Tech in Travel report.Tags: air france-klm, air france-klm group, air france/klm, extended reality, klm, pilot training, training, virtual reality, VR