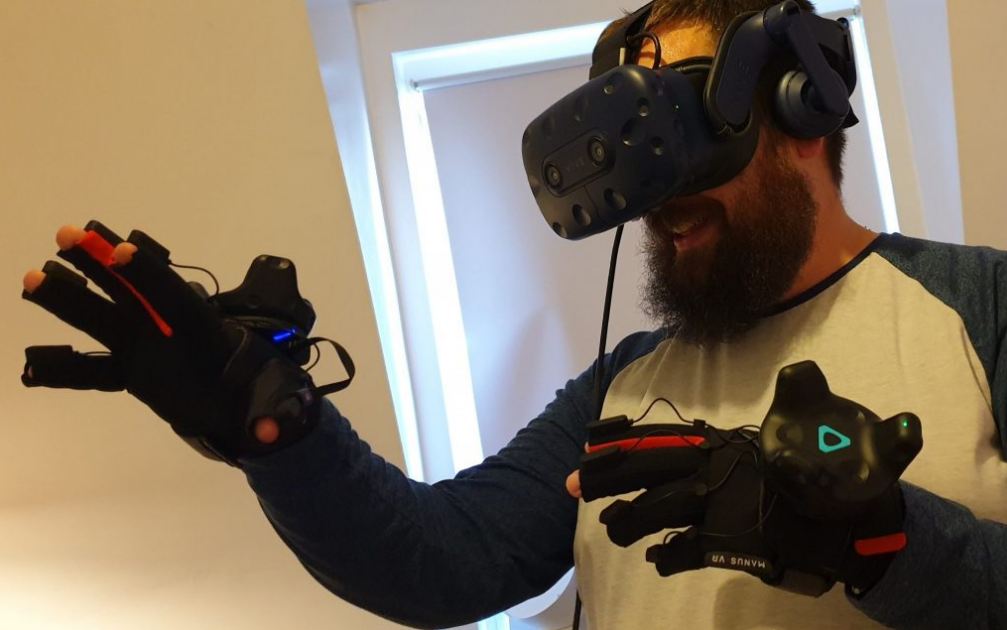 For such a high-end kit, the demo was a little underwhelming.

Virtual reality (VR) is all about immersion in whatever experience you happen to be in. No matter whether it’s a consumer videogame or an enterprise-focused app, one of the key ingredients for good VR is interactivity; the ability to physically touch and hold digital objects. For consumers, the best you’ll get at the moment is the Valve Index controllers but when it comes to business applications, that choice is blown right open. One of the biggest names in the VR data glove field is Manus VR, and they recently got to test its new flagship product, Manus Prime Haptic.

Manus VR originally started out in the consumer field before veering towards the enterprise market when that offered a more viable business opportunity. In its current line-up the company has four products for various use cases, starting with the entry-level Manus Prime One for basic finger tracking, the Manus Prime Xsens; designed for integration into an Xsens motion capture suit, the OptiTrack Hybrid Gloves for use with Optitrack systems and finally the Manus Prime Haptic.

It has long been the case that gloves have been associated with VR, the logical choice for anyone wanting to touch the digital realm. In reality that has taken longer than expected yet hand-tracking has now caught up with VR headsets.

Prior to the demo, the prospect of testing these gloves was an exciting one. Retailing for nearly £5,000 GBP (more than Magic Leap One or an HTC Vive Pro Eye) Manus Prime Haptic offers full finger tracking thanks to Flexpoint’s Bend Sensors as well as individual haptics for each finger and thumb. Was this going to offer the best indication that proper hands-on interaction was possible? Well, sort of. 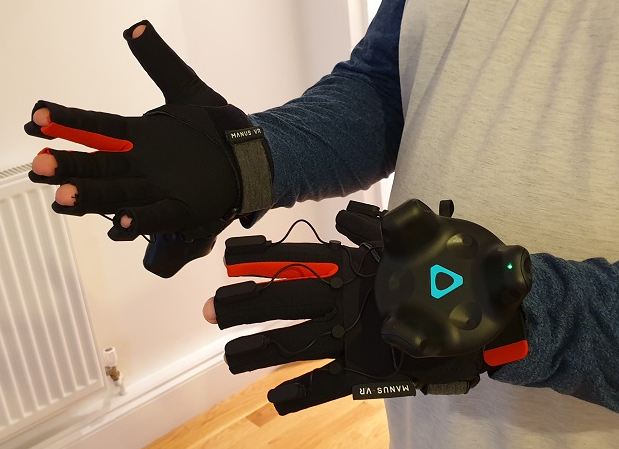 At first glance, the Manus Prime Haptic gloves look a bit unwieldy with cables running along the fingers and Vive Tracker on the back of each glove. With two quick fasten belts – one for the wrist the other at the bottom of the palm for all the tech – once the glove was on it felt nice and snug, with the added weight not feeling too much of an issue. Once on, the gloves do exude a very sci-fi feel which doesn’t add anything per se, just ticking that internal geek checkbox which thinks ‘awesome’.

The gloves are only compatible with the SteamVR Lighthouse tracking system – hence the Vive Trackers – because, while the gloves have plenty of finger-tracking sensors Manus doesn’t have its own spatial tracking system. The Vive Trackers have proven to be a functional system for adding accessories but on gloves, they do look a little over the top.

As with any piece of engineering designed for business use precision is everything, so the set up does take a little while to make sure all components are working as they should. Each hand has to go through a series of gestures to adapt to an individual’s particular hand movements. These include pulling a fist, an open palm and making a gun shape. When completed it was on to the pinch mechanic for aligning the thumb and index finger. All good so far and once complete – all done on a flat monitor screen by the way, not in VR – the digital hand was perfectly tuned, every little wiggle and bend at the knuckle accurately portrayed on-screen with no lag.

Then it came to the haptics. Manus VR has chosen a slightly odd-looking system whereby the haptics are on the back of the finger – mostly over the nail – rather than on the fingertip itself. This was because the team found that any linear resonant actuators placed on the top 2/3rd’s of a finger would work. It’s certainly an unusual feeling to begin with, especially when the test software vibrates each one individually. Options are available for developers to alter aspects like duration and strength depending on the situation. Rather than a feeling of pressure, the actuators offer more of a sense that an object is present. In the demo when handling each object the effect meant only a light touch was needed instead of grabbing items with a firm grip.

By the end of the calibration phase, everything was looking and feeling good, gloves were still comfy and the eagerness to try a proper application was palpable. On a quick side note, notice the open fingertips? In today’s smartphone world the open tipped glove is essential and proved very useful even for the relatively short demo. And because of the algorithms Manus VR has created there’s wasn’t any noticeable issue with the sensors not reaching all the way to the fingertip – proven with the pinch calibration.

Finally, it was on to the main test, a basic assembly experience putting a few components onto an engine. When we say basic it was really basic, and very much an anti-climax. It did the job of demoing how Manus Prime Haptic could be used for training to build products but there was no wow factor. Little things little testing the haptics on the ribbed metal, hoping to feel a little undulation didn’t work because the app wasn’t designed to be that in-depth.

Manus VR says that the reason being it was up to the individual companies to make their own apps utilising the tech. Which is kind of understandable, just disappointing from a demo perspective. It like an athletics race where the start out the blocks was great but the energy waned towards the finish.

Manus VR has built some enviable tech into the Manus Prime Haptic gloves and the possibilities are endless for enterprise use cases. At £5k you’re not going to be adding them to your HTC Vive kit just yet. Hand tracking is one of those technologies that will become more ubiquitous whether it’s via gloves or systems like Leap Motion. However, Manus VR does have further improvements to make as there’s no lateral finger sensing in the gloves, so it’s impossible to make Spock’s ‘Live long and prosper’ Vulcan salute hand gesture. 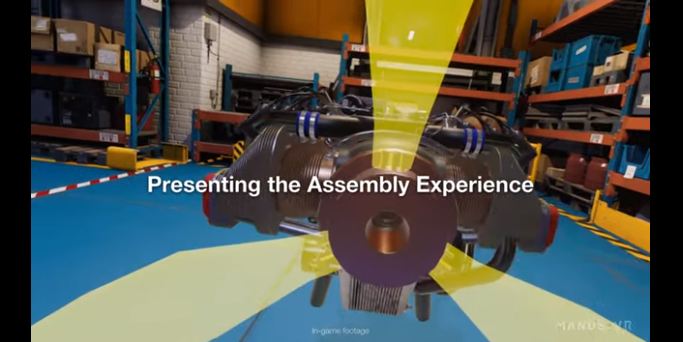